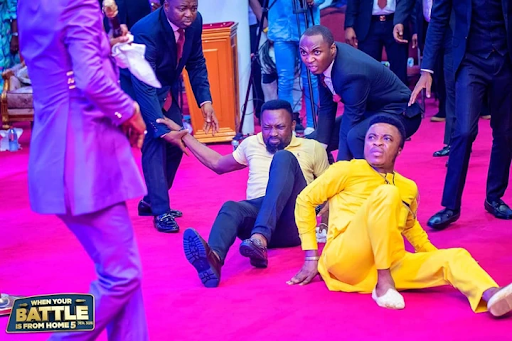 Just like in every other profession where superiority is recognized, the prophetic ministry analyzes and honors people with greater anointing and effect. Archbishop Elisha Salifu Amoako of Alive Chapel International performed various miracles at Prophetic Hill Chapel, the church founded by Prophet Nigel Gaisie.
The grace was abundant on him, and it affected many others, including Prophet Nigel Gaisie, who was the host of a prophetic experience. As Archbishop Salifu Amoako speaks, the power surges through the halls and chambers. His works had such an impact that Nigel Gaisie attested to it throughout his ministerial tenure.

Nigel Gaisie remarked in a post recognizing Archbishop Salifu Amoako's contribution on his church, "don't seem too clever in front of your superiors." Instead, make a fool of yourself in front of them." 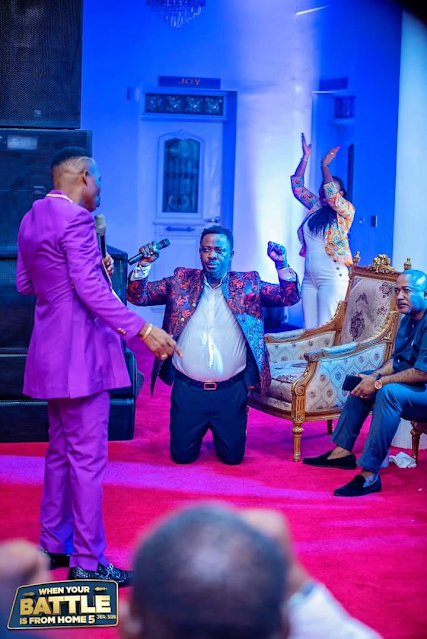 This was the caption he supplied to a photo of himself kneeling before Archbishop Salifu Amoako, receiving God's blessings and anointing to head his church. Power truly outweighs power, as seen by this.
Nigel Gaisie is a great prophet among a few who have been touched to prophecy in this new era, according to Ghanaians. His acknowledgement of Archbishop Salifu Amoako's power is humble, and such humility would propel him far.
Nigel Gaisie's lessons are admirable, but would the same be said of other renowned prophets, such as Apostle Dr Isaac Owusu Bempah, whom he claimed to be so powerful? That will have to wait for another day.
The one-day meeting with Archbishop Salifu Amoako and church members was momentous. The energies produced by the prophet's words knocked these young guys to the ground.
Their expressions revealed how taken aback they were by the spiritual encounter. Perhaps they've never felt anything quite like that before.
Members of the congregation gave encouraging testimonials, and some even thought the two prophets resembled each other. Some even desired Archbishop Salifu Amoako would return to the church in the near future.