"Satan is manipulating my sister," Yaa Jackson's brother claims in a new video. 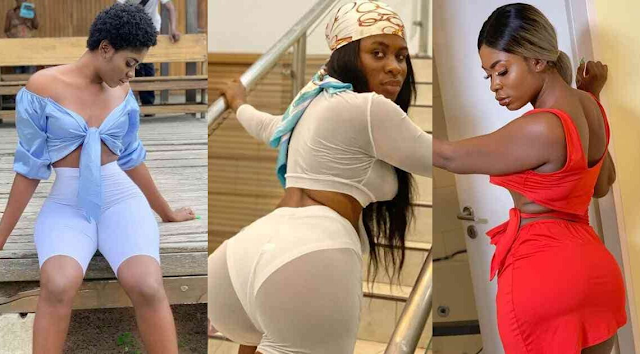 The abrupt shift in Yaa Jackson's persona has piqued people's interest. People have been puzzled as to why the formerly cool child has transformed into a social media freak, posting crazy and exposing videos of herself.

Her arrival on the music scene was unexpected. Unlike other female youthful musicians, Yaa Jackson entered the music industry with a bad trend and has maintained it ever since.

Some of us who knew her at an early age are disappointed by her actions and the type of music she performs. Well, it appears that the answer we've all been searching for has arrived, and it's coming from her biological brother.

In an interview, Yaa Jackson's brother, Jackson K. Nyame 'Sherf,' alias Kumerica 'Cardi B,' disclosed some profound truths about his sister, her music career, and her connection with God.

Music, as it is claimed, is spiritually backed—either God's spirit or Satan's spirit is used. Sherf claimed in the interview that her sister's musical interest is not supported by the spirit of God.

Yaa Jackson often shares frightening nightmares with him, which he interprets for her. Although Yaa Konadu Jackson's soul is not with God, the one-time movie star informed the presenter that she wishes to repent.

Among other things, Nyame said that Yaa had a change of heart and decided to return to God and repent after having a nightmare, which the brother described as the worst of all.