What Ghana Twitter Believes Twene Jonas Worships and Here's Why

The issue of what Twene Jonas actually worships is an issue in and of itself, because he always speaks out against Christianity in the majority of his videos. He always says that Christianity and prayers are not the key to success, but rather the ability to use common sense like white people. Following his Twitter verification, Twene Jonas sent out his first Tweet, which drew a lot of attention from viewers online.

Twene Jonas was dressed all in black and sat in the middle of two white ladies on a black couch in the photo. A center table with some items was set up in front of them. Red and black candles, a silver and gold skull, a Ghana flag, a USA flag, and feathers in a silver cup are among the items. 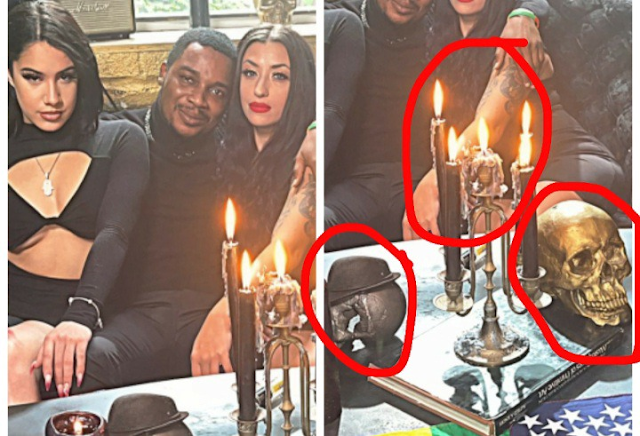 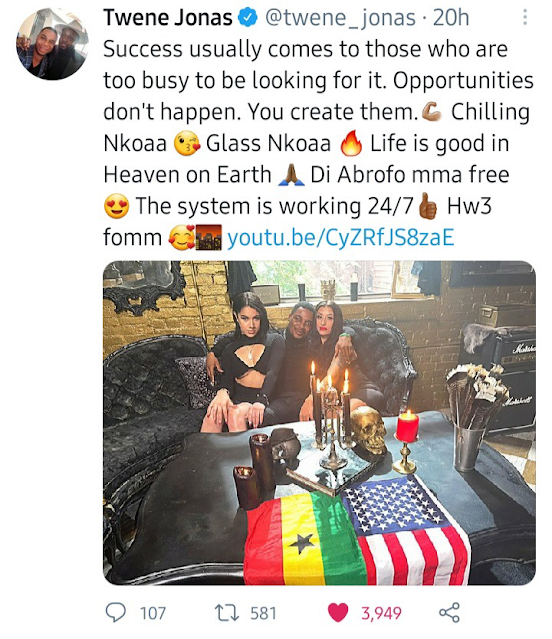 Some viewers saw this and assumed Twene Jonas was involved with the Illuminati, but let's not forget that, aside from his YouTube videos, he also enjoys music. Music is an art form, and depending on the song, these costumes or settings may be used in the production of a music video. He is a Hip-Hop artist, and this type of setting is common in Hip-Hop music.