Lionel Messi's tear-wiping tissue is on the market for $1 million. 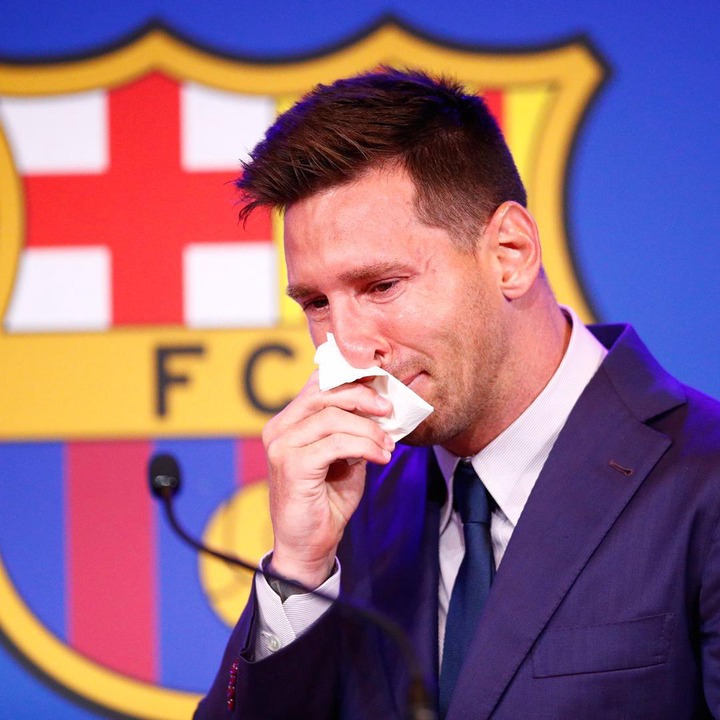 Lionel Messi's tear-soaked tissue, which he used to wipe away his emotions during his emotional parting address at FC Barcelona, is rumored to be on the market for $1 million.

The transfer of Lionel Messi from FC Barcelona to Paris Saint-Germain (PSG) this summer sent shockwaves through the footballing globe.


When Messi couldn't hold back his tears while expressing his sentiments about leaving the club during his farewell address, his wife Antonella handed him a tissue paper to wipe them away.


Complete Sports reports that a man in the front row of the same news conference was able to pick up the dropped tissue paper.
According to Rojakdaily, the individual auctioning the tissue on Meikeduo said that the tissue included Messi's genetic material, which would allow you to clone a football player like him.

March 18, 2021
There are the height of wickedness unimaginable, below is the list of 6 inhumane sadistic, and brutal leaders the world has ever known 1.Adolf Hitler Born on April 20, 1889, Adolf Hitler rose to become one the most intelligent, creative and brutal, and sadistic dictators of the world has ever known. He was largely responsible and accountable for the holocaust and the Second World War that claimed millions of lives He believed that Jews were the root cause of all problems and set out to eliminate them. His actions resulted in the death of over 50 million people. A lot of Christians Even though he was the anti-Christ the bible was referring to. 2. Vlad the Impaler, Have you ever imagined the pain that a fish been impaled ready to be smoked with fire goes through, imagining now doing it to a human being? That was the typical case of Vlad the Impaler was also known as Vlad Dracula. He reigned as a prince three times between 1448 to 1462 and killed about 20% of the population. He pierced ca
1 comment
Read more

March 28, 2021
When jeans first appeared, they were an alternative to the far more popular “ waist overalls .” But today, almost everyone has this clothing item in their wardrobe, and in most cases, far more than one pair. Despite their accessibility, it’s still quite difficult to choose the right pair of jeans — they can easily lose their shape or run too big or small. So eventually, we end up feeling frustrated and upset. TRIG figured out how to choose the right jeans in order to stay away from unnecessary spending, tears, and even a visit to the fitting room. Measuring along the waistline from the navel to the spine © Shutterstock.com In order to find out whether jeans will fit you by size, it’s not necessary to stand in line for the fitting room. All you need to do is button them and apply them to your waistline from the navel to the spine. If the jeans fully cover this distance, then this is your size. The method works for most body shapes, but it’s not universal, so you need to take into accou
4 comments
Read more

A Nigerian armed robber who digs tunnels into homes is apprehended by Dampare's men.

October 12, 2021
The Ghana Police Service, commanded by COP George Akuffo Dampare, has once again placed handcuffs on the wrists of a Nigerian national implicated in a series of armed robberies in the Greater Accra Region and its surrounds. This comes only a few days after a cab driver said he brought five Nigerian nationals with firearms to the police station after noticing unusual movements surrounding them. This specific thief is collaborating with a Ghanaian, and they have trashed people's houses in order to steal their stuff throughout the years. However, their cup was already full, and their scheme failed this time. Seidu Karim, a twenty-five-year-old Nigerian national, lives in Nima and poses as a scrap dealer while running an armed robbery group behind the scenes. His Ghanaian counterpart, Richard Narh, forty-five years old, typically goes for the procedure after they have both arranged it. Most Ghanaians are perplexed by their method of operation. Unlike other armed robbers who use heavy
2 comments
Read more