Although we are beings that ask for and seek explanations through words, this is not always a prerequisite to obtaining the information we want or need. By paying attention to what other people’s gestures, movements, and body language in general say, we can complement the spoken information, refute it, or even obtain more data than what is provided.


Human beings are a whole world unto themselves, and therefore have a wide range of ways to communicate and express themselves. That’s why TRIG brings you information about a type of language that can go unnoticed and that, although not an exact science, can help you better understand the people you relate to. 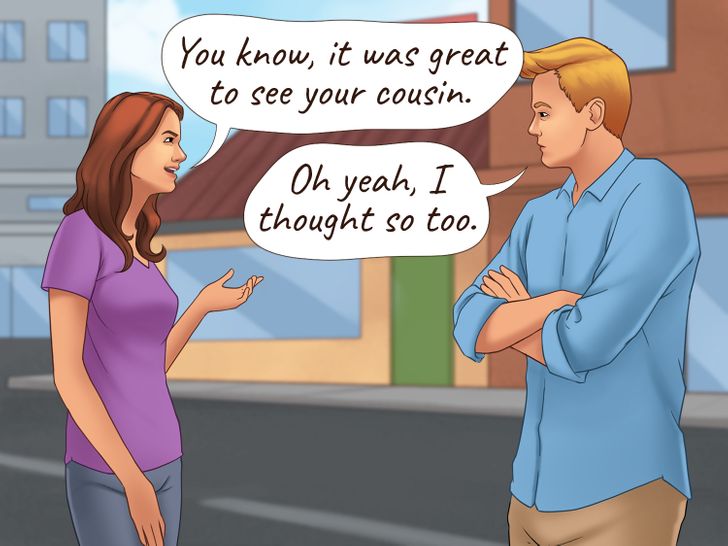 Spoken language isn’t the only way to communicate; there is also non-verbal or body language. When we mention it, we refer to those conscious or unconscious gestures or movements that we make and that are very powerful and capable of transmitting an idea or a message.

Reading and understanding the signals 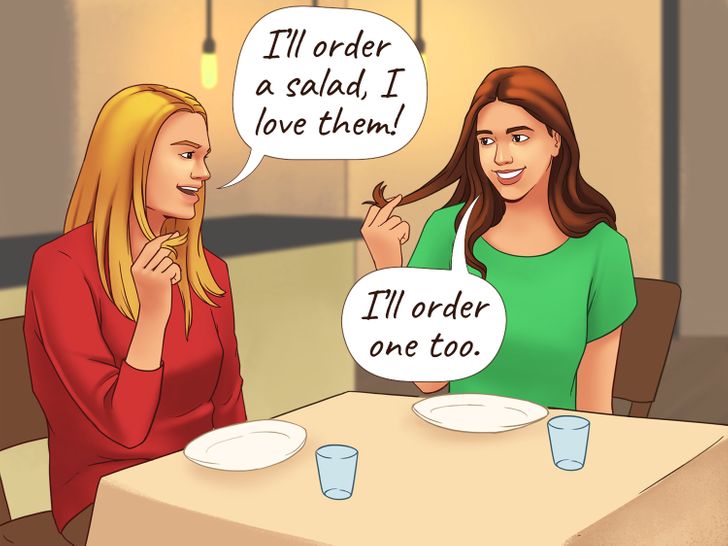 When, during an interaction, one of the people tends to copy, reproduce, or imitate the gestures, tone of voice, or even attitude of the other, we are talking about a sign or signal of liking, interest, or attraction. In most cases, the person who reproduces them isn’t consciously aware they are doing it — it seems to be something totally subconscious. 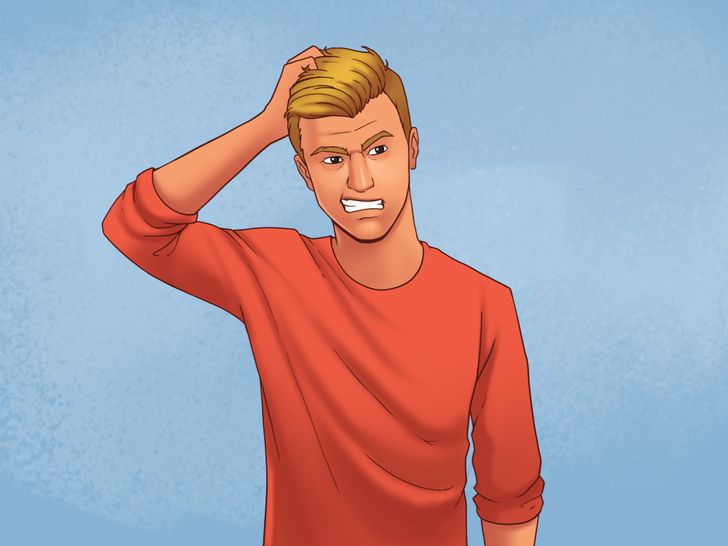 Although scratching our heads may be a very common gesture and may be related to a simple itch, it can also be a sign of several things. If someone does it repeatedly, it may be a symptom of a lack of understanding, confusion, stress, or frustration. 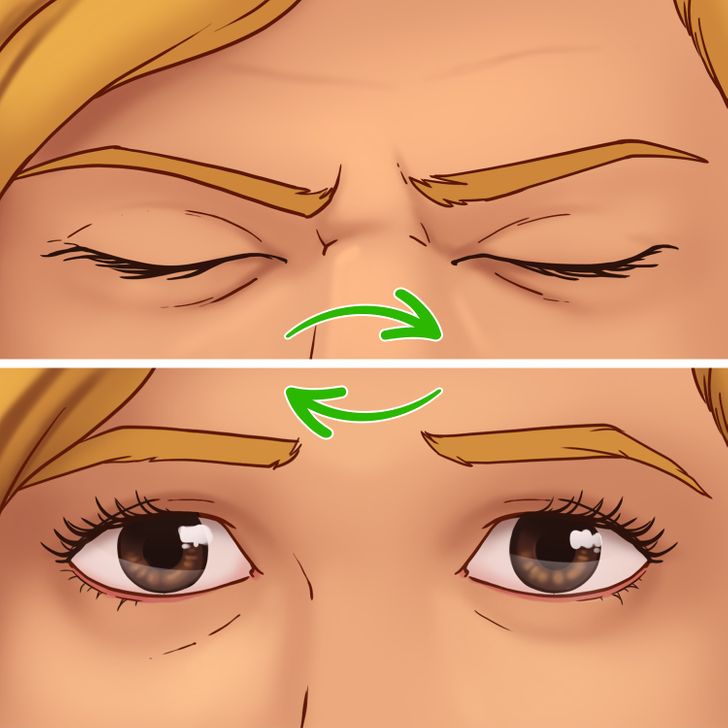 We all blink, as it is a physiological need. However, there are times when we tend to do it more often and more frequently. They claim that a person may do this because of stress, nervousness, worry, or because what they are telling us is a lie. 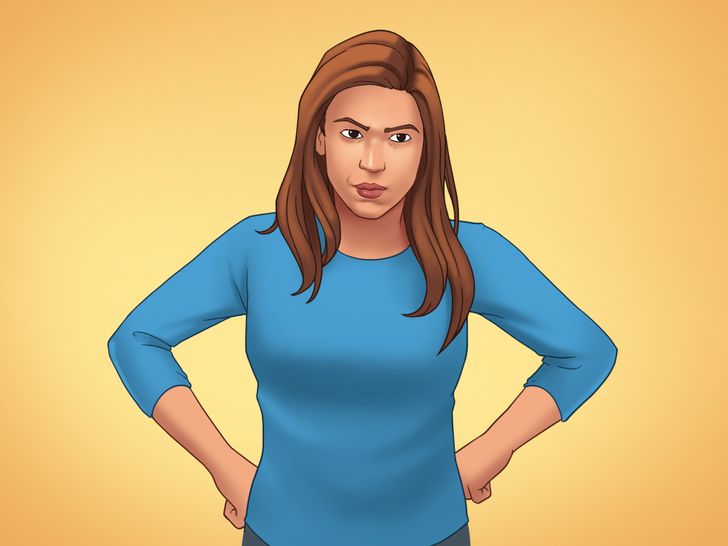 This gesture or movement with the mouth, more specifically with the lips, may be common, but its motives and explanations are diverse. Perhaps the best known meaning of this expression is that of disapproval or to show displeasure, but it can also be related to nervousness, stress, or the intention to repress or somehow cover up other feelings.

5. Hands on the waist 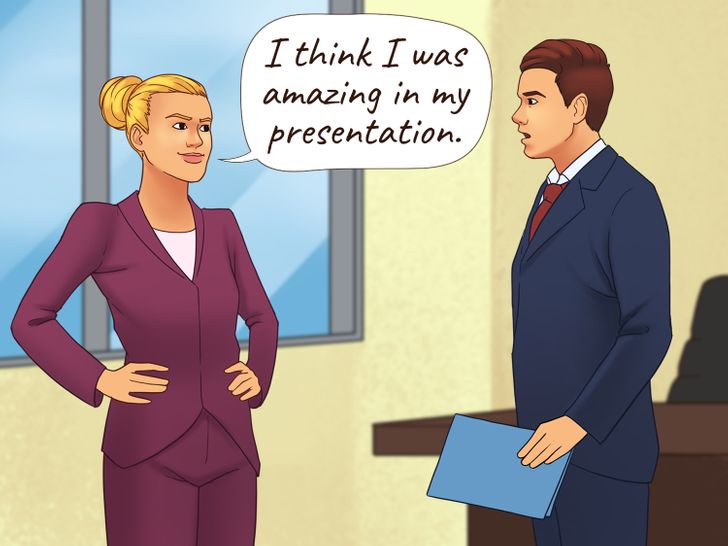 Seeing someone with their hands on their hips isn’t something unusual or rare, but rather a fairly common gesture, of which we’re probably not surprised to be onlookers. To appreciate this posture we must take into account the rest of the gestures that accompany it, as it can be a sign of defiance, anger, or irritation. It can also be a demonstration of pride and self-confidence.

6. Interlocking hands in front of themselves 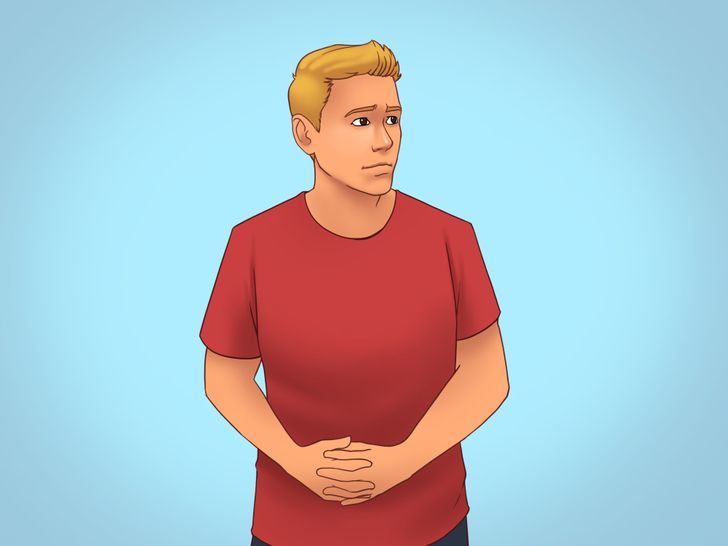 The hands can be clasped in front of the face, on a desk, in the lap, or in front of the body while standing. In any case, this gesture is usually evidence of a negative attitude and an attempt to repress and hide it. The person who does this may be anxious or frustrated, so they try to hide their discomfort and try to keep their distance and conceal how they feel. 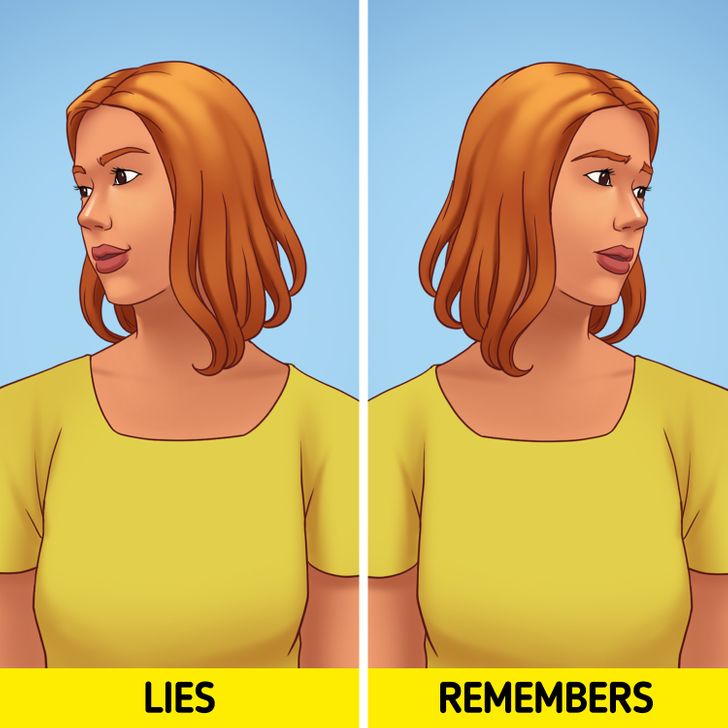 The direction in which people look when thinking can be a sign of very different things. If the person we are talking to looks to the left, we can understand that they’re trying to remember or recall past things, while if they look to the right (creative thoughts), it may be an indication that they are making up what they’re saying and are therefore misleading us. 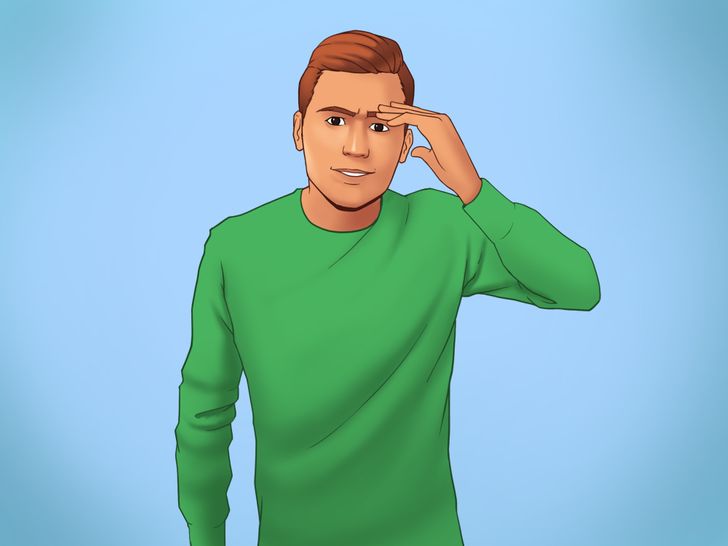 If people start rubbing one of their eyebrows from the inside to the outside, we might think that this gesture relates to something positive. When subjects carry out this reflex, it can be because they like something or someone, because they are interested, or because they’re experiencing a pleasant situation or thinking about something that is pleasing to them. 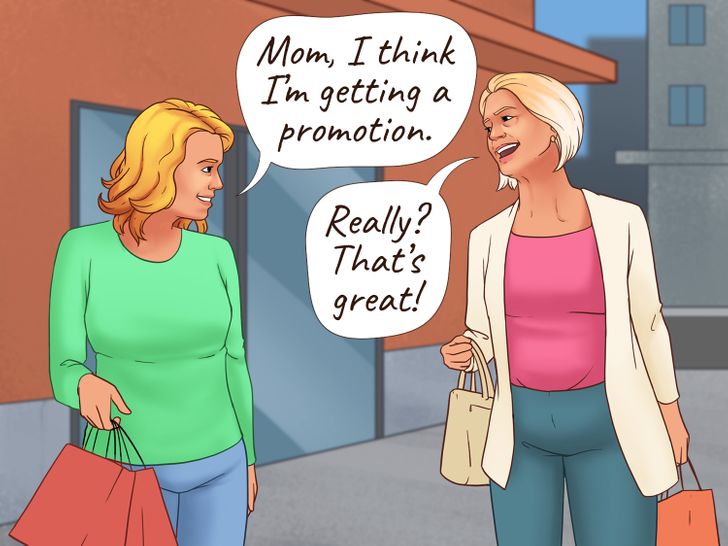 When people we are talking to tilt their head to one side, they’re showing interest in what we are telling them or in the situation we are living in. When the head is tilted in this way, the neck is exposed and vulnerable, so it can also be considered as a sign of respect to someone we like. 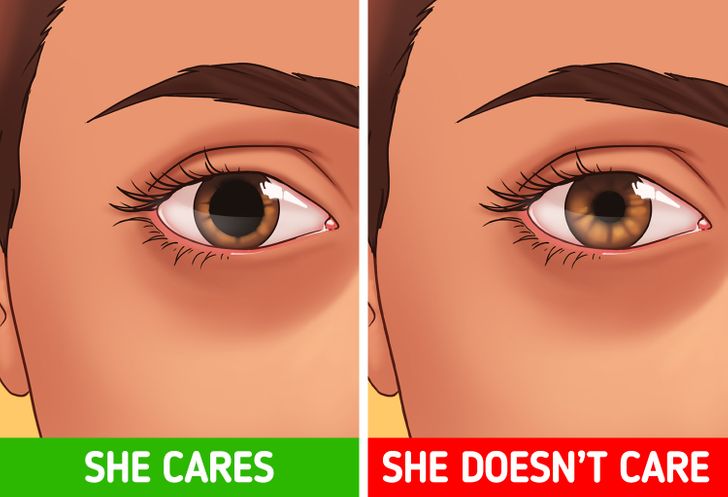 Pupils are not something we can control. Normally they grow or shrink depending on the amount of light around us, but there are also subconscious reasons for why this can happen. Apparently, when we are interested in another person, and if we like them, our pupils dilate. While when we are not interested or do not like them, they constrict. 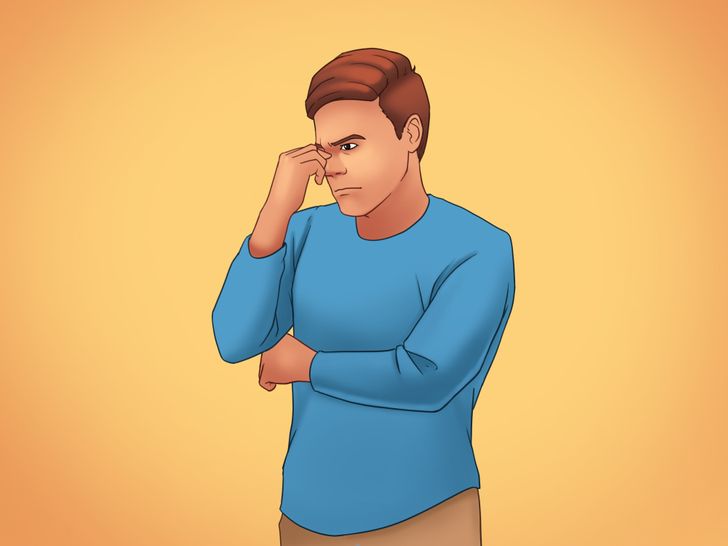 This gesture may be considered an unimportant movement or even a simple reflex in response to itching or discomfort in the area. However, touching the nose can have other connotations. If a person does this, it may signify a lack of conviction about something, anxiety, or nervousness.

12. Rubbing or touching the neck 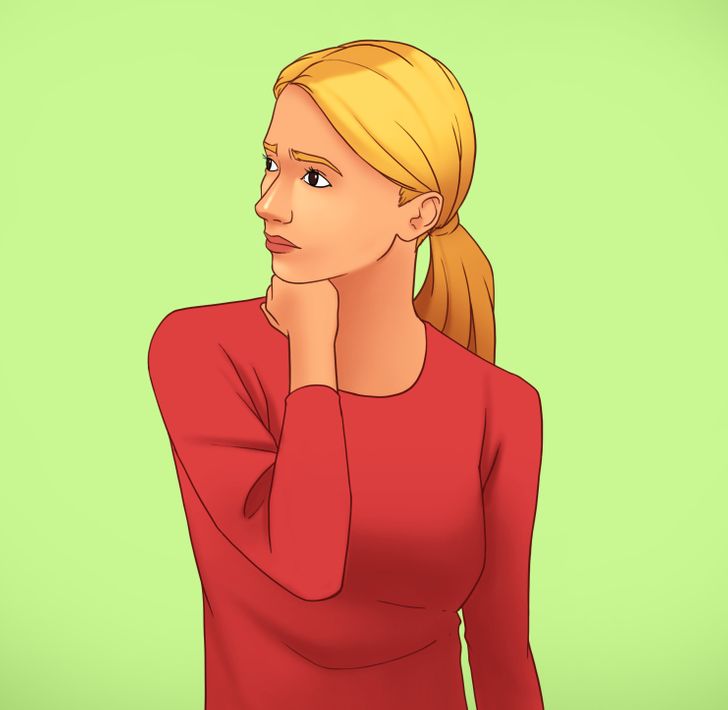 On our necks, we have several nerve endings and by rubbing this area, we usually get our heart rate to slow down and relax. If a person uses this gesture, he or she is probably uncomfortable or stressed and is trying, consciously or unconsciously, to calm his or her nerves.

13. Grabbing objects and playing with them 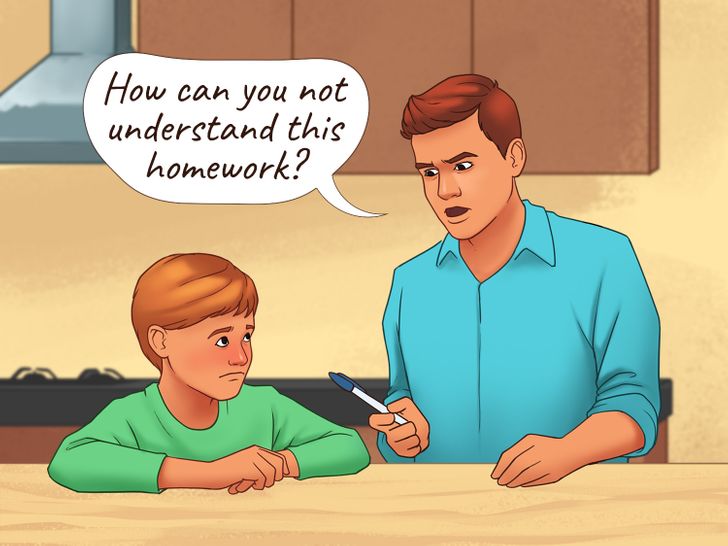 If we are standing or sitting talking to another person or people and someone starts grabbing objects, moving them around and even playing with them, it may be a clear sign of boredom. Similarly, the subject may be anxious, restless, short on time, or even disappointed.

14. Crossing one arm in front of the body to hold the other arm 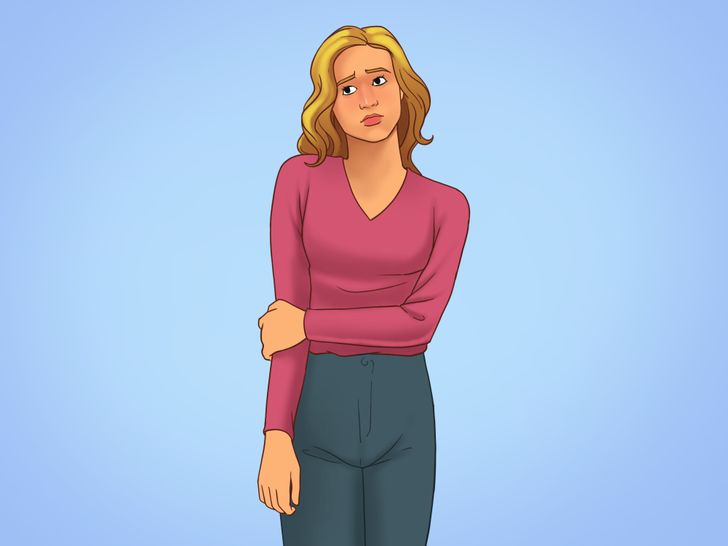 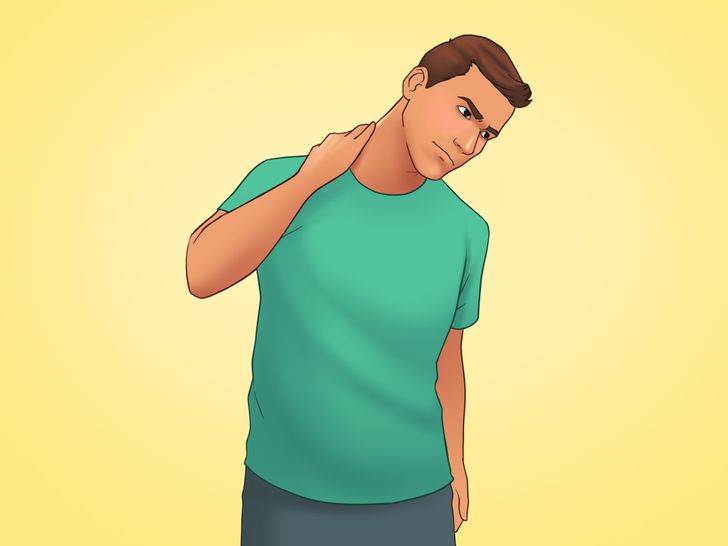 When a person moves their neck from side to side or back and forth, it is usually in an attempt to release tension. As we said before, the neck has a large number of nerve endings, so making this movement may help someone relax in a tense situation.


What are the gestures you pay special attention to in another person? What are the actions or movements that make you trust or distrust someone?