Why Dogs Bark at Some People But Not at Others

March 27, 2021
Dogs are always in alert mode when someone new arrives on the scene. However, they sometimes immediately start to growl or bark at some people, but not others. This momentary temper could indicate aggression, a defensive attitude, or simply some form of anxiety. But why do they have different reactions depending on the individual?


TRIG took a deep dive into this question and wants to share some possible answers with you. Read through to the end of the article to figure out how to prevent this behavior. 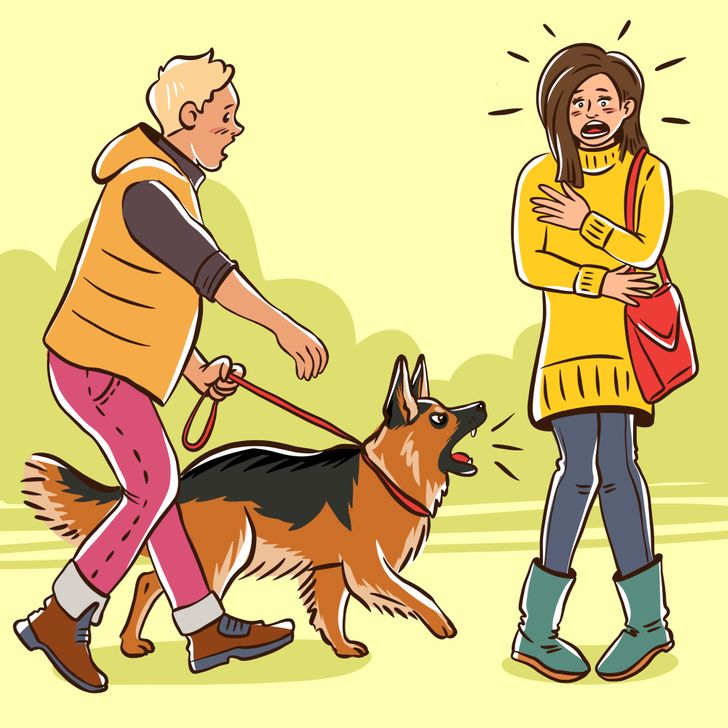 The most common reason why your dog reacts to certain people poorly is because it is experiencing something new. If the dog is not properly socialized, every exposure to strangers — and with it, a bunch of new smells, sights, and behavior — can seem threatening for the animal. Even if the dog is socialized, it can still find itself in a situation where it feels anxious and insecure about something unfamiliar.

So the dog is more likely to bark at the people who possess more unfamiliar traits, especially when it comes to smell and looks. 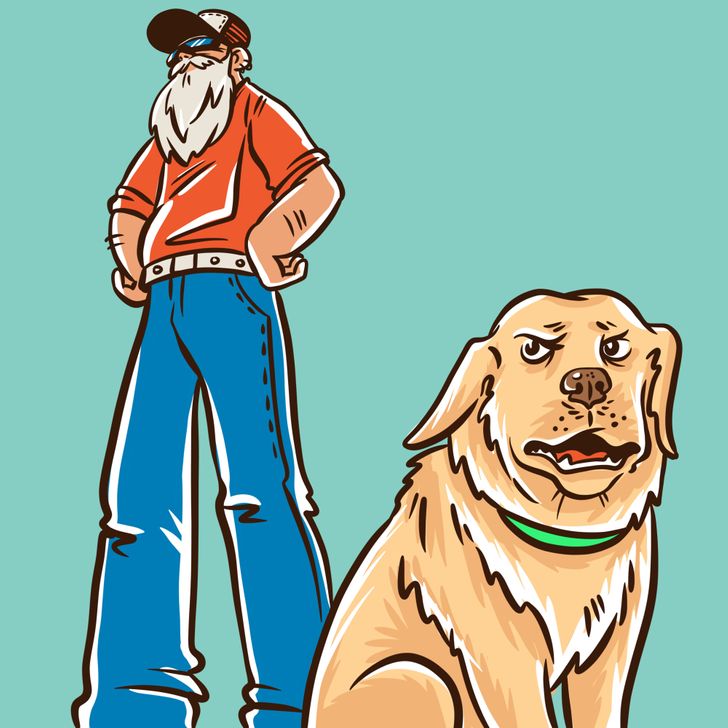 People differ in size, features, and the way they move, and all this can seem intimidating to the dog. Among the things that might be off-putting are:

Any combination of these things can make the dog feel nervous. Some dogs generally fear adult men more because they have more “weird” features from the dog’s perspective: they’re taller, have a deeper voice, and — oh no — facial hair.

3. Bad memories can spoil the introduction. 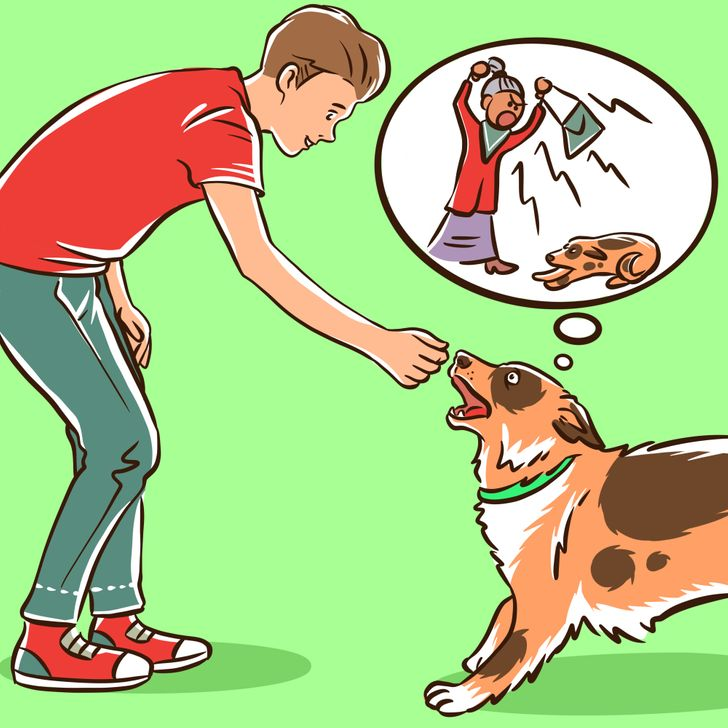 Dogs might notice something they have a negative association with and get defensive. Some people can appear frightening to certain dogs because they connect a person’s smell or appearance with bad memories. If the dog has been traumatized or abused in the past, it can bark at people who remind them of those who mistreated them. Dogs can develop a general distrust for some specific features like gender.

4. They try to protect their humans — even if it’s not necessary. 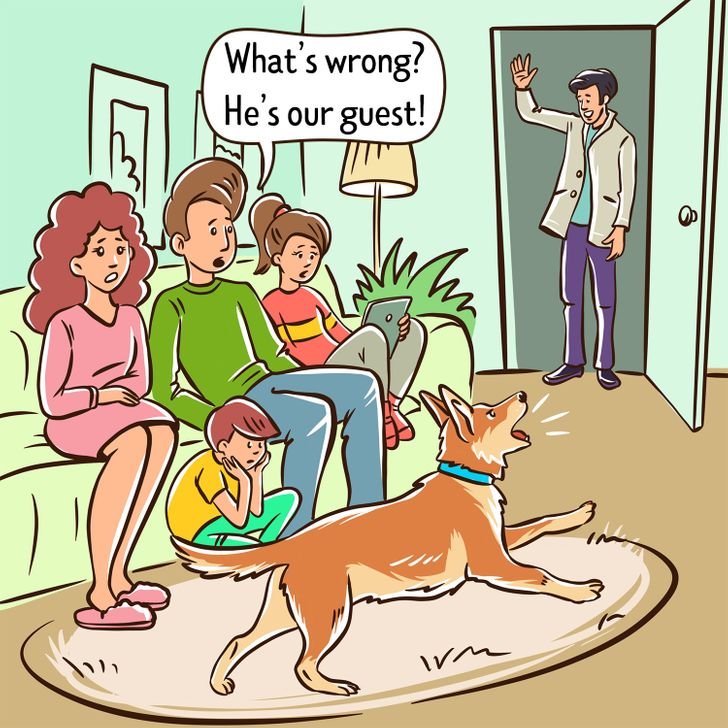 Dogs can be territorial and protective of their humans, especially guarding breeds like mastiffs and herding and terrier breeds. So they may react aggressively toward anyone “invading” their space or acting in a way that can be perceived as threatening to their family. Behaviors that can trigger a protective reaction in your dog don’t have to actually be aggressive: it can be just a sudden or energetic action.

In fact, dogs can perceive humans as scary if they make any unusual movements or noise, like putting on a hat or opening an umbrella. Moreover, the dog could simply feel jealous about its humans and act possessive if it sees friendly interactions between its owner and other people. Dogs are often good judges of character, and several studies have shown dogs can actually determine whether a person is trustworthy or not. Dogs are constantly monitoring social interactions and are wary of how other people treat their owners. They’re more likely to show distrust and bark if they see people being unhelpful. They can even pick up the general attitude their owner has toward someone.

Furthermore, dogs can indeed smell fear — along with stress, excitement, and anxiety — through our hormones released in our body odor. Sensing these extreme emotions can make your dog feel uneasy and the end result is often barking.

Bonus: How to avoid it 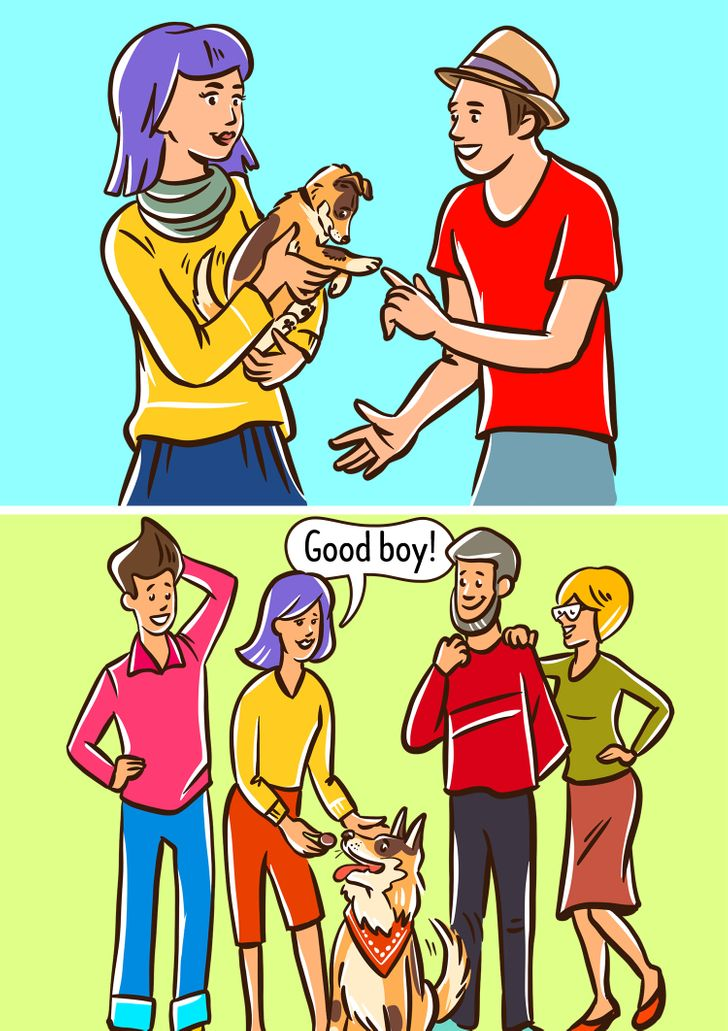 To prevent the big chunk of these troubles later in a dog’s life, you have to properly socialize it as a puppy. Try to introduce it to as many new smells, noises, and people as possible, so as an adult, nothing will come as a surprise to them. Exposed to different experiences, the pup will grow up more flexible and mentally stable.
If the dog already has a problem with people, teach it not to feel defensive or protective of everything around it. Train it with key commands to sit or calm down when someone new is around, repeating the process until your dog knows what to do without really thinking about it. Don’t forget to keep a handful of its favorite treats close as a reward for good behavior.


How do you handle your pets’ strange behavior? Do you think dogs can smell bad intentions from people?