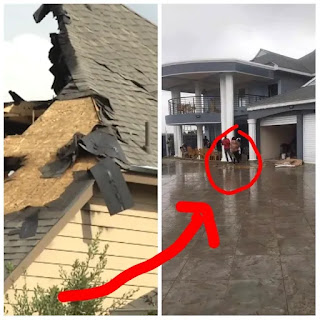 New Patriotic Party NPP Chairman of the Berekum East Constituency of the Bono Region, Chairman Kwaku Kankam, has confirmed that thunder has struck  his mansion and 30,000 birds poultry farm killing many of the birds.

Confirming the incident on Bono Ahafo Radio (Radio BAR), Chairman Kwaku Kankam explained that there were no human casualties although he has been traumatized after the incident.

Chairman Kwaku Kankam is the Chief Executive Officer for Golden Eggs Farms at Berekum. He urged people to remember him in prayers in this hard times.

He advised people who are speculating that the thunder killed humans to desist from it because no one got killed by the thunder strike.