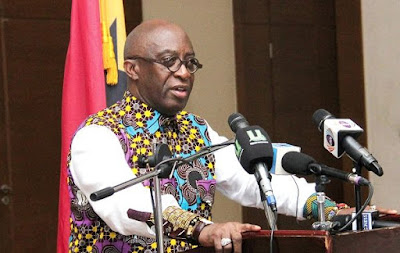 The Ghana Investment Promotion Centre (GIPC) has expressed the hope that new investment inflows registered with the centre last year will generate about 27,110 jobs when they become fully operational.

According to the centre, 95.46 per cent of the jobs would be reserved for Ghanaians, while the remaining 4.54 per cent would go to expatriates.

The jobs would be generated from the 279 projects that were registered with the centre last year, it said.

The projects, valued at $2.8 billion, are an increase over 2019 investment inflows, in spite of the COVID-19 pandemic that broke out last year.

In total, the foreign direct investment (FDI) component amounted to $2.65 billion, a 139.06 per cent increase over that of 2019 when $1.1 billion came in through FDIs, with $145 million local matching funds.

The Chief Executive Officer of the GIPC, Mr Yofi Grant, announced this at a press conference on the Fourth Quarter 2020 Investment Report in Accra yesterday.

A report by the UNCTAD global investment trends monitor indicates that global FDI collapsed in 2020, falling by 42 per cent to an estimated $859 billion, from $1.5 trillion in 2019.

The decline was concentrated in developed countries, where FDI flows fell by 69 per cent to an estimated $229 billion.

Greenfield announcements fell by 46 per cent; 63 per cent decline in Africa, 51 per cent drop in Latin America and the Caribbean and 38 per cent in Asia.