10 Mistakes That Make You Less Attractive

March 20, 2021
Charisma is not some kind of innate ability. You can acquire it if you work on it for some time.

TRIG collected typical mistakes that prevent us from winning people over. We’d like to give some advice about how to avoid them. 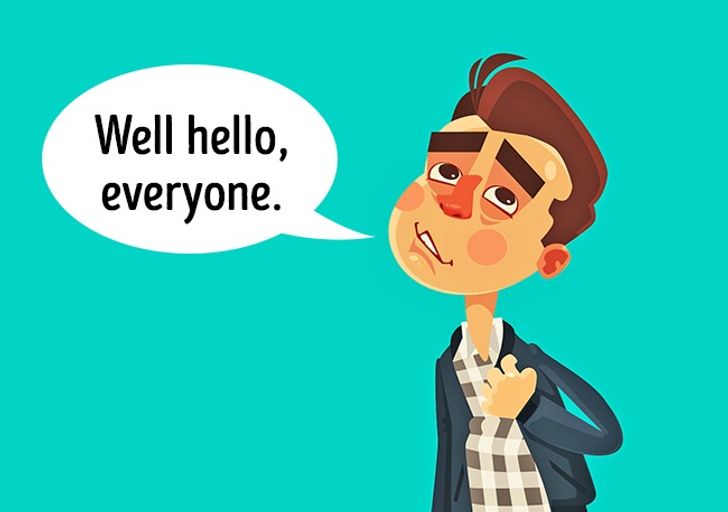 © Depositphotos
Presenting yourself to new people isn’t easy, we know. And there’s a temptation to just wave your hand to everyone and sit quietly in a dark corner somewhere.
Why not: You’ll probably appear to be a closed person who isn’t interested in anyone.
Doing it right: Say "Hi/Hello! I’m so and so," shake hands with everyone, and make eye contact.

9. Not introducing your companions to the person you’re talking to

You’re walking with your friend when they meet someone they know and start talking while you’re awkwardly standing beside them. Familiar, isn’t it?
Why not: This makes you think your friend is embarrassed by someone, either yourself or the acquaintance they’ve just met.
Doing it right: It’ll suffice to say "This is Alex," and introduce the acquaintances too, of course. Easy as pie, yet everyone will feel more comfortable at once, especially the new person in the company. 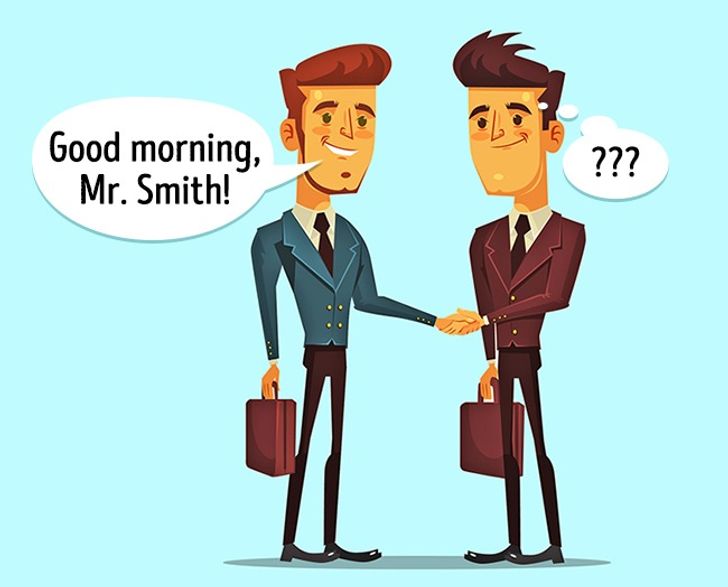 © Depositphotos
Why not: You can always say you’ve got a bad memory, but it’s still a lame excuse. People will think of you as a haughty snob.
Doing it right: Dale Carnegie said that a person’s name is to that person the sweetest sound in any language. There are some simple techniques to memorize names. If your opponent says, “Hi, I’m Francis,“ you should answer, ”Hello Francis!" and then repeat his name in the following conversation at least a couple of times. 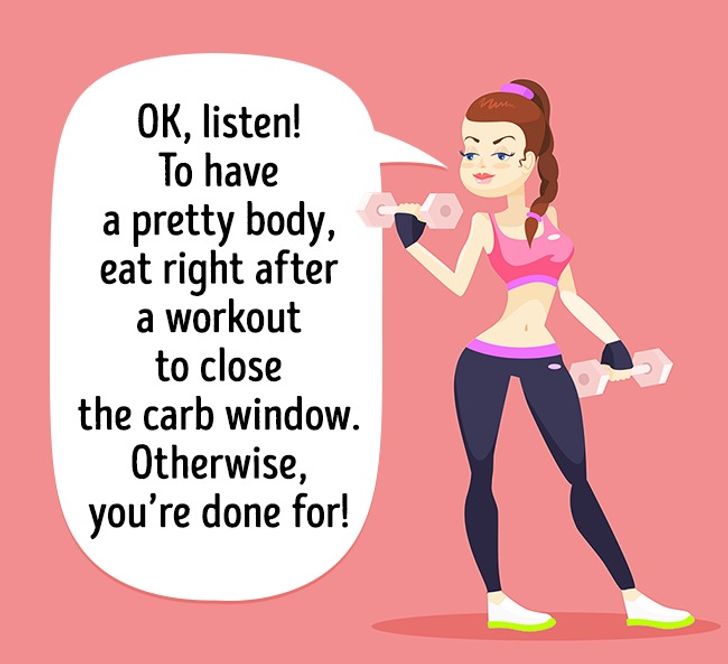 © Depositphotos
Do not indulge in a lengthy analysis of a director’s method if the people you’re talking to aren’t into movies that much. And don’t talk about sports nutrition intricacies if they’re not athletes.
Why not: A monologue no one needs is just a waste of breath. People will talk with such a person less and less.
Doing it right: Make the people you’re talking to involved in the conversation. For that, the topic should be of interest to the majority. If no one asked you a thing during your speech, and they began talking about something else right after it, maybe they didn’t interrupt you out of politeness?

6. Only talking about yourself
You tell a friend of yours how you fought with your husband and how worried you are now, and she starts telling you at once about her own fighting episode, forgetting all about your story.
Why not: Such a person will very soon become known as egotistic and annoying.
Doing it right: Yes, we love talking about ourselves more than anything else. There was even an experiment where scientists promised participants money if they would talk about something else, and no one managed it. That’s why you’ll soon win everyone over if you just show interest in them. Plus, they’ll pay more attention to you as well, so you’ll be able to tell them about yourself too.

5. Talking badly about others, including common acquaintances 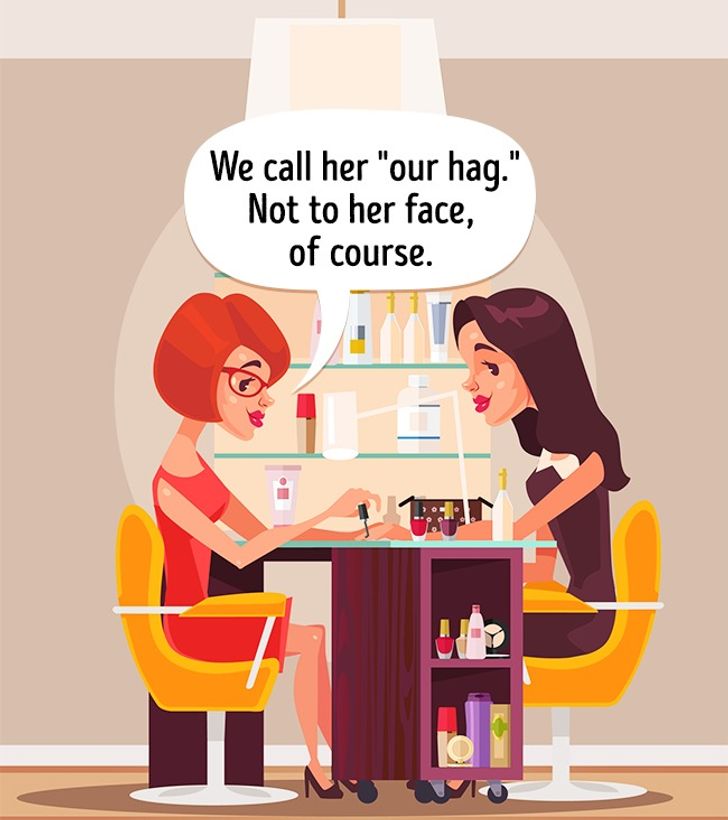 © Depositphotos
Why not: It’s tempting to laugh together over your colleague’s ridiculous outfit because it’s the easiest way to find something in common with each other. However, there may be other thoughts: "Today he/she’s laughing at someone else, and will it be me tomorrow?"
Doing it right: People value the ability to see the best in others and respect those who have it. Try to avoid negative remarks.

4. Speaking too quietly or without confidence 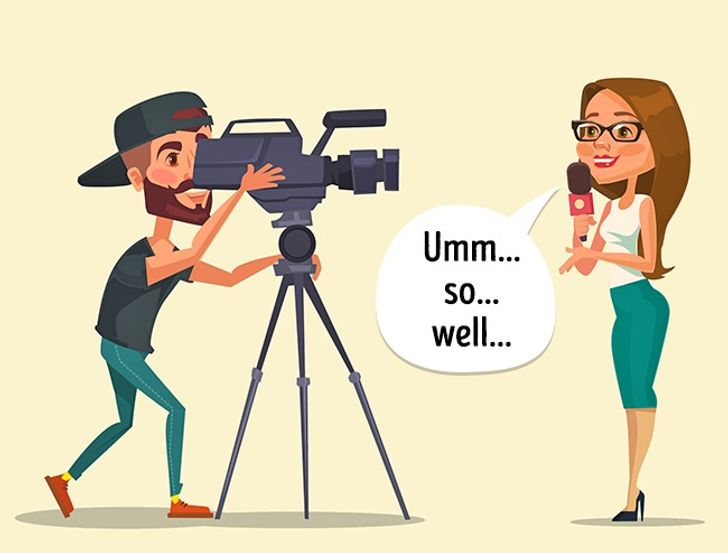 © Depositphotos
Why not: A person who’s stuttering or talking very quietly is difficult to listen to because they seem to be doubtful of what they’re saying or if someone even cares.
Doing it right: Whatever you say, be it a story, a question, or a simple "thank you," look at the person you’re addressing, and speak loudly and clearly.

3. Answering in one or two words 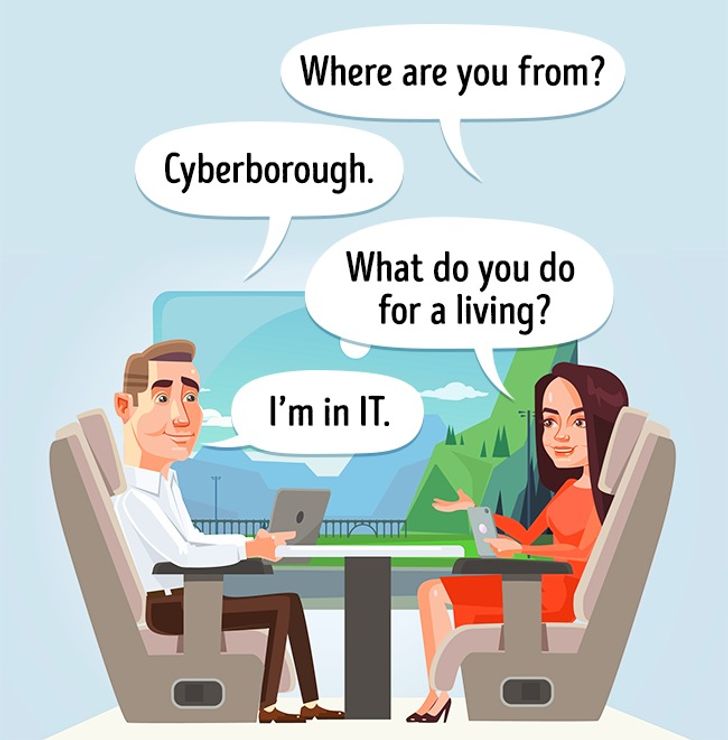 © Depositphotos
Why not: One-word answers make others think you’re either too shy or don’t want to talk. Neither helps make a good impression.
Doing it right: Give the conversation a chance to develop. Try something like this: "I’m from Cyberborough. That’s not far from Chicago. Such views there! But never mind the name. I’m the only IT specialist there." 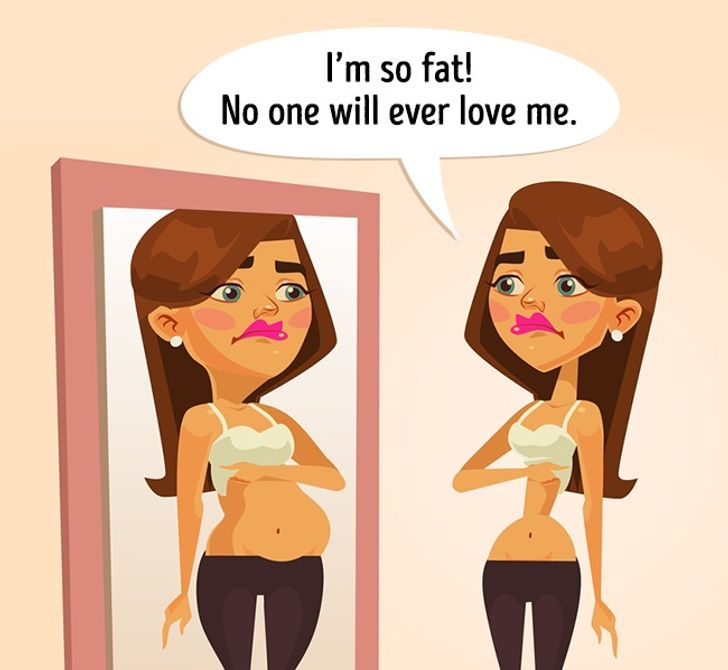 © Depositphotos
Why not: Whining repels. Especially if you’re not showing any signs of wanting to do something with your life or at least asking for advice.

Doing it right: Don’t be afraid of talking about your problems. A person who’s always "never better" is actually kind of suspicious. Your friends, by the way, will be happy to help you or give some advice. Still, don’t complain too much in the hope they’ll pity you again and again.

Read also:
1. Breaking your own principles

Why not: A person without their own point of view won’t leave a trace in others’ memories. They’re nothing to talk about. Faceless. And it’s even worse when such a person says one thing and does quite the opposite: it’s nigh impossible to take them seriously.

Doing it right: People who openly talk about their principles, follow them, and do not hesitate to stand their ground (sometimes against the majority) always instill respect.