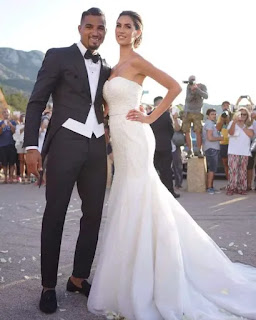 German born Ghanaian international football icon Kelvin-Prince Boateng has left many in a state of shock and disbelief after he posted on his Official Facebook page highlighting his next move on his relationship.

Kelvin has revealed their intent on their long cozy relationship that once was envied by many stars and was labeled as successful in all senses.

He made it known that "After a period of separation, we decided to permanently terminate our relationship, in full respect of each other's positions and in total serenity, it being understood that we will remain there"

This has made many to troop to his page to share their thoughts, pain and disbelief on what has just been reveled by the journey man of football.