Story of a Lady Who Married a Mad Man 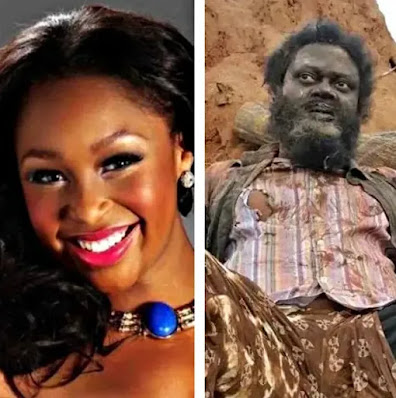 Please note that the photos in this article are for illustrative purposes.

Lady shared her story on Social Media about how she married a man.

"My name is Susan and I'm a 25 years old lady who graduated from the university after studying business administration. I started looking for a job almost immediately I graduated but was up to no avail. Life was really hard for me. I'm from a family of 6 children, 3 girls and 3 boys. And I'm the second born.

Things were really going well for all my siblings except me. I was really struggling to make ends meet.  No man wanted to have any thing to do with me, after dating for a few weeks, they always dump me. But I kept hoping that one day, I'll find my soul mate.

One day, I was coming back from my job hunt when I saw an ugly looking mad man, staring at me. He looked really hungry and tattered. I felt pity for him so I bought him some snacks and a soft drink, he ate everything immediately. Then I continued my journey home. Unknowingly, he followed me to where I lived. I was surprised when someone knocked on my door. I asked him why he followed me, he smiled and told me "Because you are really kind and beautiful".

I was shocked because the mad man spoke english fluently. After that day, we became good friends. He often knocked on my door and I gave him food. Sometimes we sit outside and talk about life, he was really intelligent and I kept wondering why he looked mad. I also decided to give him some of my big Polo T-shirts to put on and look a little decent. People who noticed  the mad man's frequent visit started gossiping about me. They assumed I was having a relationship with a mad man. I was mocked and humiliated on several occasions.

Our friendship continued for a few months and then I realized I already had romantic feelings for him. He also confessed to me too that he was in love with me. At first I was confused but then I decided to follow my heart. The mad man proposed to me and I accepted. The news spread like wildfire and my family got to know about it. My parents we're highly disappointed in me and refused to bless my marriage. But I didn't give up, I really was in love with him.

We had a small wedding ceremony in church and not many people attended, our news was posted on blogs and spread online. They tagged the headline as "Man mad gets married". All my friends were disappointed in me and mocked me for marrying a poor and dirty mad man. My husband and I moved in to my one bed room apartment and started living our lives as a couple. 3 days later, something really miraculous happened. A few white men and women and an old Nigerian couple came knocking on our door. The couple said they're the parents of my husband. They showed me evidence with pictures.

They said he escaped from the hospital where he was receiving treatment after having an accident that affected his brain 7 months ago. And since then they've been looking for him, until they saw his wedding pictures with me on the internet. His family was extremely rich and settled in London. His parents thanked me for helping them find their son and told me to follow them abroad so that they can complete his treatment since I'm already his wife. They treated him, gave him a makeover. He was no longer mad.

The news of the real identity of the mad man I married also spread all over the internet. My Family and friends saw it and they started calling me to apologize. They really regretted their actions. My husband's family were not just rich, they were billionaires. I realized just how lucky I was. He got better, he and his family treated me so well with love and gifts, and he thanked me for loving him even when he was mad. My life changed for the better."