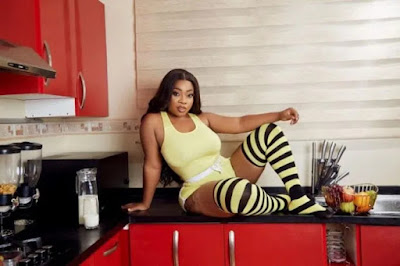 Going under the knife to have the ‘slay queen standard’ shape seems all lovely from the beginning until the marks and side effects rares its ugly head.

The model and actress shared photos on her Instagram page and in one of the shots, her fans noticed something scary on her hips as if it has started decaying.

The marks seen in the photos were similar to the ones that was found on the under arm and breast of Nina Richie when fans accused her of having a breast implant.

Her fans asked if indeed Moesha’s hips were rotten or it was a tattoo or a hater who has intentionally edited the photos to tarnish her image.

It is said that after an individual has successfully done his/her implant, they must frequent the hospital for check-up and failure to do so brings about the marks seen in the photos. 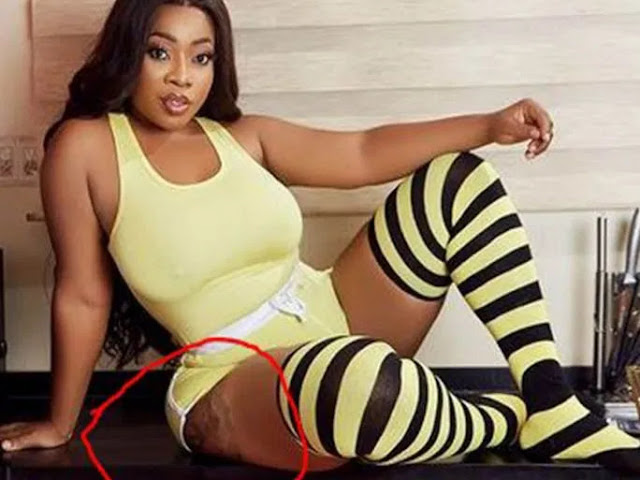