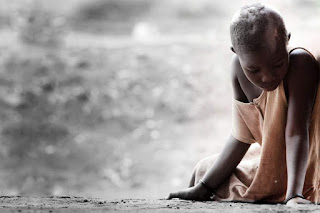 The Tema Regional Command of the Ghana Immigration Service (GIS) has rescued two young Nigerian women from being trafficked into Ghana and introduced to prostitution.

Another woman, Favour Chidi, also a Nigerian, has been arrested by the Regional Immigration Command for attempting to traffick the two women.
The Tema Regional Commander of the Ghana Immigration Service, Assistant Commissioner of Immigration, (ACI) Mr Kojo Oppong Yeboah, who disclosed this to the Daily Graphic, said the suspect was picked up based on intelligence received by the command.

Both the suspect and the victims have been referred to Ghana Immigration Service Headquarters for further investigation and prosecution.

Victims
The victims, whose names are being withheld, are a 20-year-old fashion designer and a 19-year-old who had just completed her secondary education.They were both rescued in Tema before they could be transported to the Western Region to start work.

Mr Oppong Yeboah said it was gathered during preliminary investigations that four ladies were recruited in Nigeria and promised to be offered lucrative jobs as sales girls in Ghana.

They were to be distributed to some unknown female prostitutes’ kingpins (madams) here in Ghana of which Chidi was included.