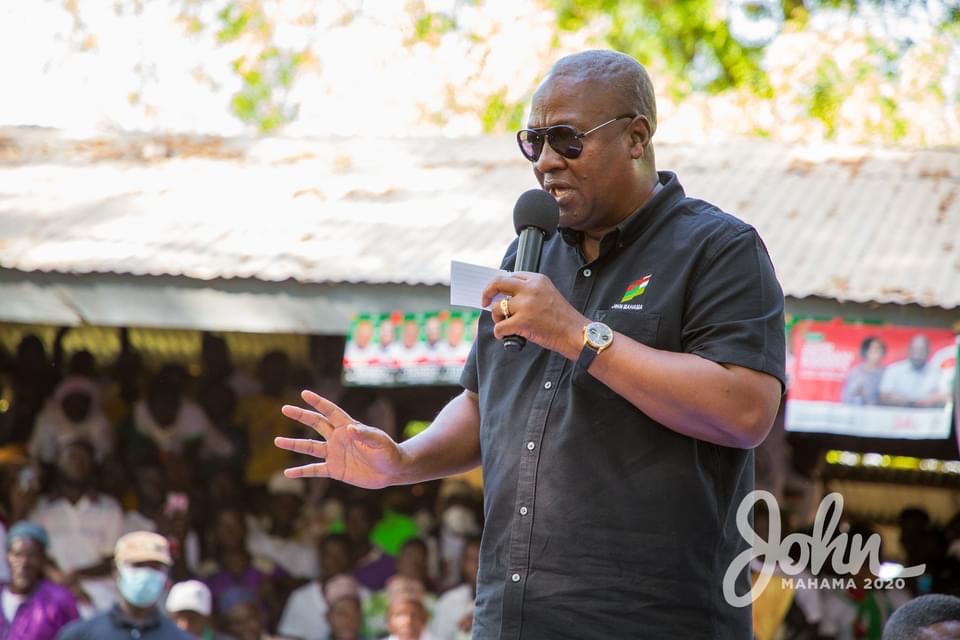 The Presidential Candidate of the National Democratic Congress (NDC), Mr John Dramani Mahama, has accused President Nana Akufo-Addo of superintending over the borrowing of more money in four years than the country had borrowed since independence.

He said while the country had accumulated a total debt stock of GH¢122 billion between 1957 and 2016, when he left office, President Akuffo-Addo had added about GH¢154 billion to the public debt in just four years.

He said beyond the debt accumulations being high, the President and the governing party had virtually nothing to show for the increased fiscal burden that he has imposed on the economy through the debts.

Addressing party supporters in a number of constituencies in the Northern Region as part of his campaign tour, Mr Mahama said the government had been reckless in the borrowing and utilization of funds.

He challenged the government to show proof to Ghanaians of how it utilized the borrowed funds, stating that unlike his tenure which was replete with visible and verifiable infrastructure projects, President Akuffo-Addo has resorted to "throwing

figures around" on what he had done.
He mentioned the construction of the Upper East and the Upper West Regional Hospitals, the expansion of the Tamale Teaching Hospital, the construction of some of the 200 E- blocks for Senior High Schools and other health infrastructure projects across the country as evidence of how his government utilized the GH¢56 billion it borrowed